The Infuriating Affliction of ‘Nowism’ in the Chinese Workplace Working in a foreign country is hard. Working in China can sometimes be infuriating. Besides from the obvious language barriers and the bewildering cultural differences, it’s hard to miss the epidemic of ‘nowism’ that afflicts my newly adopted country. Here I explain what nowism is, how it manifests in the Chinese workplace and what, if anything, can be done to spare you from this sickness. 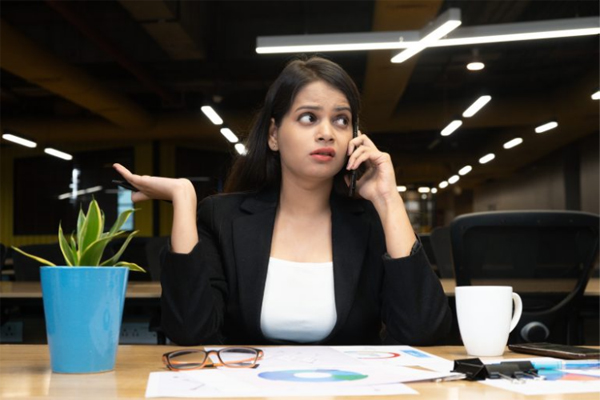 Nowism is the seemingly widespread Chinese belief that people do not need, or indeed deserve, any information about something that’s happening until that something is already in progress. As in: "This incredibly important event that you probably should have been preparing for over the last six months is happening now. And yes, we’re only telling you about it now.”

This is probably a depressingly familiar story to anyone who's ever worked in China. Pianos are frequently dropped on you from a very great height, with absolutely nothing in the way of forewarning, leaving you scrambling around, badly winded, trying to play something that resembles a tune from underneath.

The scene is almost a cliché for expats working in China. Having taught every Wednesday for two years and with absolutely no reason to suspect this Wednesday is any different, I get up as per usual and set about getting ready for work. I walk the 15 minutes to school, only to find the corridors eerily silent. If tumbleweeds were native to China, they would be here in droves. I go to my classroom and, thanks to a conspicuous absence of 50 second-graders, find it beautifully calm and serene. I sit there rather enjoying it and wait for everyone to turn up. After 15 minutes, I start to get annoyed, however. I did, after all, get out of bed for this.

I wander the corridors until I find another member of staff who might be able to explain. She fixes me with a look as if to say I’m the single most idiotic human being in existence and says, "The whole school is off. You can rest today." Nowism — or by this point, it’s probably ‘Thenism’.

Other examples from my own experience of working as an expat teacher in China include being called at 9.30pm on a Saturday night to be informed that I am now a dance judge and should report to the school gate at 6am, prompt, the next day for a competition; on December 25th, being presented with a musty Santa costume and being instructed to put it on and sing and dance for the whole school (school-based Nowism is very dance-orientated); or simply being greeted with blank looks of incomprehension after turning up to something that is no longer happening, even though the "something" is something I have been doing at the same time and place, repeatedly for years.

Armchair academics (not unlike me) have posited that Nowism in China is basically a feature of the larger, over-arching Chinese management style. According to more armchair academics (or quite possibly the same ones) there are generally four management styles: Directive, Participative, Empowering and Charismatic. All use different approaches to get results from the underlings.

In the Western world, managers tend to adopt more ‘Participative’ and ‘Empowering’ managerial styles, i.e. involving employees in decisions, encouraging them to use their own initiative and presenting themselves as approachable. In China, the ‘Directive’ approach is far more commonly favoured. Here, the manager sets the tone and the rules and expects the staff to look to him/her for their cues.

Nowism, therefore, may be just another aspect of this ‘direction.’ As far as some Chinese managers are concerned, their employees should be ready for anything at all times. Withholding information until the last possible minute keeps the workforce on its toes, always unsure as to what’s coming next.

Directive management styles asides, chances are that in most cases of Nowism you’ve encountered, a message was actually sent out or posted somewhere at some point, but you didn’t see it because you’re a foreigner. In my example of the abandoned school, an email was sent out (in Chinese characters) at 5pm the previous day. As I don’t read Chinese, I paid no attention to the email and nobody thought to tell me in person.

Coming from a Western management environment, being overlooked like this can really rankle. However, this is just how it is in China, and you can’t expect everyone to remember you’re a dumb foreigner all the time.

The way to combat Nowism in the Chinese workplace is to make as many friends as possible where you work. The management won’t tell you what’s going on, but your mates on the school basketball team, or the security guards you occasionally share cigarettes with, might. Too many foreigners live in their little expat bubbles and then complain when China comes and bursts them. This is a little silly. You’re in China after all. Let a little China into your bubble… and prepare for the unexpected.

Keywords: Nowism in the Chinese workplace

Very enjoyable read, gave me a good laugh. Interesting how something that seems to be a thing and has a jinglish denomination is actually indicative merely of our own displacement as natives of far away other places.

This does not matches with what we normally know about China,it is said that they are too formal,they have a straight way of being....it seems to be that foreigners working there do not receive the needed back up.. Am I wrong?