The Pros and Cons of Non-Teaching Jobs in China If you’ve been a teacher in China for a while, at some point or another, you’ve probably fantasized about finding another job any way, anyhow. However, the truth of “getting out of teaching” doesn’t always match up to the fantasy. Non-teaching jobs in China are not only difficult to obtain, but also often come with some well hidden drawbacks. Here I take a look at a few of the alternatives to teaching in China and ask if the grass really is greener in someone else’s garden. 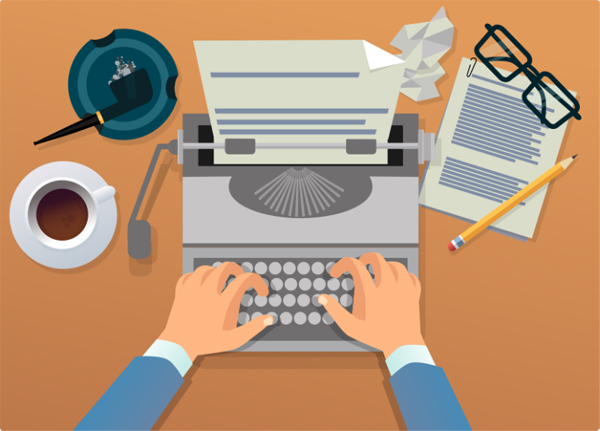 The Lowdown: Expat packages are the holy grail of China jobs. Usually given to employees when their existing company posts them to a foreign country, these roles are typically filled for a year or two before the veteran workers are reassigned elsewhere.

The Perks: Since packing up your family and moving to a foreign country, especially China, is considered a hardship, employees on expat packages enjoy handsome salaries and lots of perks – cushy housing, drivers, paid education for their kids – the works. This really is as good as it gets.

The Drawbacks: Due to the huge expense for the company, expats in these roles tend to work long and fairly stressful hours. What’s more, the nature of these postings is such that there is generally very little stability. You and your family might like China and want to stick around for the long haul, but your company may have other ideas. Most foreigners on expat packages cite the constant moving around as the main reason they eventually decide to return to normal life back home.

Your Chances: Expat packages are generally not given to “local hires” (see below). What’s more, even if you went back to your home country with the intention of securing an expat package, they usually only happen after years service with the same company. In other words, don’t hold your breath. Unless you’re willing to invest many years of your life into one company on the off-chance they’ll send you abroad, a true expat package is probably out of your reach.

The Lowdown: Many companies looking to hire foreigners in China save money by hiring locally, as opposed to importing someone from overseas at huge expat package costs (see above). Foreigners hired in-country are known as “local hires” or “half-pats,” and this class of job is by far the most common type of non-teaching job in China for foreigners. Half-pat positions run the gamut from marketing, to technical writing, to consultancy.

Usually Chinese companies hire foreigners into these positions simply because they need a native English speaker with staying power. Many employers hiring half-pats are willing to train these hires up if their skillset doesn’t exactly fit the company’s profile, as this is cheaper than bringing in an expat from abroad.

The Perks: Half-pat jobs can be good resume builders for foreigners looking for non-teaching jobs in China. They can provide a stepping stone out of English teaching, and, if you’re lucky, set you on the path for professional development in another field. If you join the right company, a half-pat job can offer a salary that, while not nearly as high as that of the folk on expat packages, will probably be better than that of the average English teacher after a few years of service.

The Drawbacks: The depressing truth about many half-pat jobs is that when all is considered, they don’t actually pay that well for the amount of hours put in. This is especially true when compared to teaching jobs, which often come with fewer hours, looooong vacations, and pretty decent salaries, at least in China’s first tier cities. While well-paid half-pat jobs exist, they usually require a combination of native or near-native levels of English, good Chinese skills, and a technical specialty such as IT or engineering. More often than not, you should also expect to work long hours and do your fair share of unpaid overtime.

Your Chances: If you speak decent Chinese, have good guanxi, and have a solid resume with several years of work experience at a single school/company, your chances of finding a half-pat job are pretty good. Your chances improve if you have managerial experience, say a stint as a Director of Studies or lead teacher.

The Lowdown: First thing’s first. Freelancing or having side hustles as a foreigner in China is technically not allowed. By the letter of the law, you can only work for the company that sponsors your visa and you cannot work on any visa other than a work permit. However, in reality, many companies, individuals, and organizations require the services of foreign freelancers, whether they need some help with translations, writing or editing, or simply need a foreign face for an advertising campaign.

Technical translators are probably the most in demand, although marketing, manufacturing, editorial, real estate, and academia also require translators from time to time. Even if your Chinese isn’t fluent, as long as you have the ability to look up the characters you don’t know, you can get by translating Chinese to English with the help of Google Translate.

As for writing and editing, many people get their start as teachers, as schools often require editors for textbooks and in-house publications. There are also companies that help wealthy students with their applications to foreign universities. Editorial is an option for those with stronger writing skills, while modeling and voice acting work can be picked up by anyone who fits what the client is looking for.

The Perks: The perks of freelancing are obvious. Freelancers are usually paid by the hour or by the word, often work from home, and can choose which projects they take on.

The Drawbacks: It’s tough to make a living purely as a freelancer in China, as work often comes in fits and spurts. You may have too many projects to handle one month and then nothing the next. Translation and writing work is also not terribly well paid when you’re just starting out and it takes a lot of time and effort to build a portfolio and a roster of steady clients. Also, if you’re not super organized and able to manage your time carefully, it can be difficult keeping track of multiple projects, deadlines, and invoices. And as mentioned above, the biggest drawback to freelancing as a foreigner in China is that it’s technically not permitted, so you’ll have to be discrete and figure out your visa situation.

Your Chances: If you can read Chinese pretty well, you’re a good writer, or you’re comfortable in front of a camera, you’ll be able to pick up freelance gigs in China fairly easily. Due to the visa issues and the stop-start nature of freelancing, however, it’s probably better to see it as the occasional supplement to your day job as opposed to your main source of income.

Overall, if you don’t intend to build a long-term career in China and if your only real intention is to make decent money, pay off your student loans, and travel around Asia, leaving teaching might not necessarily be a good idea. In first tier cities, teaching jobs typically pay more than 20,000RMB/month, which is a similar salary to what you’d make starting out in a 9-5 half-pat job. And while teaching may not be prestigious or the best way to impress the crowd at your local bar, you can’t beat paid summer and winter vacations, 20-hour work weeks, or the feeling of accomplishment when your star pupil is accepted to the Ivy League college of his/her choice. While there is a lot of negativity out there about English teachers, remember that your life in China, no matter what your job, is what you make of it.

It sounds like these types of jobs are well paid!! ?? Am I right?