The Truth About Expat Salaries in China Although foreigners come to work in China for a plethora of different reasons, economics is probably the main one. Some come out of dire need as there are few jobs in their home countries, some come for attractive expat salary packages, and others come knowing that they can work their way up in China much more quickly than they can do at home. But not all expat salaries in China are made equal. Let’s take a closer look. 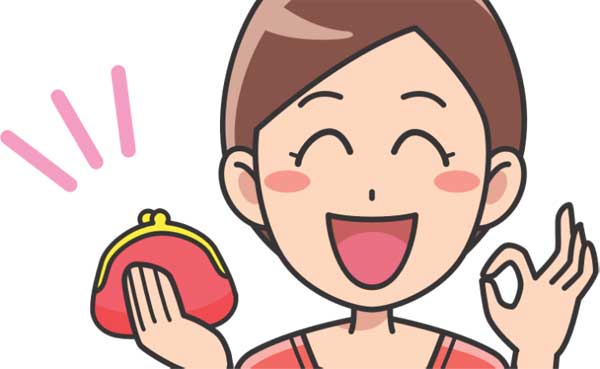 Income disparity among expats in China

According to China’s 2020 population census, there are 846,000 foreigners living in Greater China. If the Chinese economy keeps growing (and the government eventually drops its Zero Covid policy), presumably, the number of expats living here will grow, too.

There are all sorts of expats in China. When teaching at a private English school in Shanghai, I worked alongside a retired American rancher just looking to have a unique experience in the Far East and an Aussie twenty-something-year-old who was saving up for a down payment on a property back home. In the internet industry, which I later switched to, I met a Chinese culture-obsessed SEO expert who worked as little as possible so he could spend time with his new bride and an online ad manager who’d been headhunted in the U.S. and bolted back there eagerly after only six months. With such huge numbers and a wide variety of foreigners, it stands to reason that expat salaries in China will vary wildly.

There is huge wage disparity in the education sector alone. While some foreign teachers may find themselves scraping by on just 15,000 RMB per month or less, mega-qualified teachers with high up positions at expensive private schools can earn up to 50,000 RMB. I dare say most teachers’ salaries fall into the 25,000-30,000 RMB range, with their exact position in that range dictated by location and experience as much as credentials. That said, there is often significant room for haggling when signing a contract and extra money to be made for overtime.

There are plenty of expats in other industries that rake in much more. Full-time employees in large auto, hi-tech, chemical, engineering, pharma and manufacturing companies, for example, can make up to 100,000 RMB per month on top of attractive benefit packages that can include a housing allowance, private education for their children, a vehicle and driver and private medical insurance. These positions are the holy grail of expat jobs in China, with foreigners typically hired in their home countries before being assigned to an overseas posting.

Income disparity between foreigners and locals in China

While not all expat salaries are equal, they’re a lot more equal than when compared with those of their Chinese counterparts. Expat teachers, for example, typically get paid three times more than locals.

Although most Chinese assume expat workers are getting paid more than them, it’s obviously best to be humble and discrete about your earnings. Such disparities can create tension in the workplace, especially if you’re obviously putting in fewer hours than your local colleagues.

As far as I’m concerned, there’s no foolproof method for determining a Westerner’s position on the economic ladder in China. Even very wealthy foreigners sometimes dress like bums. At a glance, I feel it’s much easier to figure out a Chinese person’s economic standing. Quite simply, the Chinese usually buy what they can afford and flash their wealth.

But Westerners don’t have to do anything for locals to assume they’re rich. While, as we have discussed, it is likely a foreign worker earns more that a Chinese worker in the same position, not all of us are raking it in. You’ll probably have a hard time convincing anyone Chinese about that, though.

Cost of living in China

Despite the escalating cost of living in China, in comparison to most Western cities in the same category, China is still a steal. Rent, transport and eating and drinking out is still a whole lot cheaper out here than in the West. Everyone wants to spend less, no matter where they sit on the income spectrum, so whether you’re a have-not, a have-some or a have-a-lot, you’ll always feel better off living in a country that’s cheaper than you’re accustomed to.

It’s easy for extra expenses to creep in when we start to feel better off, however. Maybe you didn’t initially factor a weekly foot massage or bottle service at a club into your budget. It’s also easy to be less conscious of how much you’re spending when things cost so little in comparison, you’re working with a foreign currency and perhaps even paying for everything with your phone. Even though many foreigners come to China for economic reasons, therefore, you may not find yourself saving very much if you don’t make an effort to do China on the cheap.

Good and very interesting article.It confirm that China is a good workplace.

sorry, but this article only confirms that it possible to deceive those who do not ask questions.

the so-called 'income disparity' does not stand up to scrutiny. While on paper, the foreigner might have a higher 'salary', the local more than makes up for it (especially in schools/universities) with all the money-earning side-gigs they have - and that are usually part of their responsibilities. Most of my local colleagues drove expensive German cars while their 'salary' was about 2/3 of mine. Of course, a local friend admitted, they more than made up for it with all the additional money-making enterprises they could run within the school/university. On top of that were all the 'bonuses' they could earn, and 'gratuities' from students - things that were not even known about by their foreign colleagues.