How to Avoid the Bad Western Restaurant Experience in China There comes a time in every China expat’s life when the dizzying array of lip-smacking Chinese food just won’t cut it and we need to eat something that reminds us of home. When it comes to Western food in China, however, this can be a heartbreaking experience. Away from the top tier cities, there are few places to choose from and many disappointments. Here are seven ways to spot a bad Western restaurant in China. 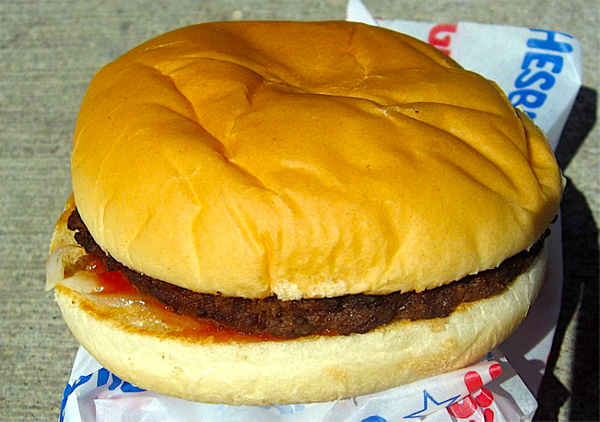 The prices are too low

Although high prices don’t always correlate with good food in China, you should expect a Western restaurant to charge above average prices when compared to Chinese food. If it’s a good Western restaurant, the prices should be higher to reflect the cost of importing foreign ingredients and hiring staff with expertise in foreign fare. High-priced items like caviar and truffles should set you back hundreds of RMB for a taste, otherwise you can bet you’ll be getting some kind of amorphously legal substitute. Similarly, higher-end meat products, such as smoked salmon, salami and steak, simply can’t be sold at the same prices as more readily available meats like chicken and pork.

Be warned, however, that some unscrupulous restaurant owners might serve Western food made with Chinese ingredients. You’d be surprised how much you can pay for a migrant worker to heat up a can of sweet tomato sauce.

The menu is a grammatical minefield

A healthy peppering of misspelled words and dishes with nonsensical names should set alarm bells ringing straight away. Although a couple of small typos could be forgiven, a really messy menu is a surefire sign that no foreigner has been involved in the development of the restaurant.

Especially be on the look out for mistranslated dish names that tell you the person who designed the menu has no familiarity with the food they’re serving. Of course, Chinese chefs are more than capable of mastering Western cooking without the aid of foreigners, but to make glaring mistakes with something as basic as the name of a dish implies no familiarity with Western cuisine or how it’s supposed to taste.

Commonly misinterpreted words to lookout for include:

-“Beefsteak.” If you see this in a menu with no description of the actual cut of meat, you can bet it’s probably not going to be a great steak.

-“Vanilla.” Since the word for “vanilla” and “herbs” is the same in Chinese (xiāngcǎo 香草), be wary of desserts such as “herb ice cream” and savories like “vanilla roast potatoes.”

-“Hundred li fragrance.” This is the literal translation of the Chinese name for thyme (bǎilǐxiāng 百里香). If you see this listed on a menu, you’re probably best to leave and settle for the next noodle joint you come across instead.

-“Tomato sauce.” Although this one seems innocent enough, just be aware that both ketchup and spaghetti sauce are called fānqié jiàng (番茄酱) in Chinese. I’ve heard plenty of horror stories of Chinese restaurants putting ketchup on pasta. I personally was once served it on the side of a chocolate dessert in a very high-end Beijing restaurant.

The staff is asleep and the power is off

I’m all for saving energy and the planet, but staff napping on the job in a restaurant where all the power is turned off is probably a sign that there is no foreign presence in the ownership or set up. While it’s acceptable in some Chinese restaurants for the staff to take a break if the dining room is empty, no self-respecting American or European chef would let the servers nap in front of the customers. Similarly, a decision to turn the lights, A/C and fridges off in the middle of the afternoon was most probably made by someone who has never eaten at a restaurant outside of China.

It’s in your city, but you’ve never heard of it

It’s happened to the best of us. You’re in a different part of town and you stumble across a coffee shop or a steakhouse that looks pretty legit. The menu checks out, the prices are reassuringly above average and the lights are on. Yet how can it be that you’ve never heard of this place? Word gets around the tight-knit expat community pretty quickly if there’s a great new Western spot in town.

The truth is, you’ve probably never heard of it because it’s not aimed at foreigners. While the food may not necessarily be bad, if it’s adapted to Chinese tastes, it’s most likely going to disappoint a Western palette. This doesn’t mean you shouldn’t try it. Just be prepared for a different interpretation of the dishes you know and love.

What may seem like a minor issue can reveal a lot about a restaurant and its owners. First of all, most foreign restaurant owners in China take great pride in their home beers and relish the opportunity to share them with the world. Secondly, the presence of a good variety of foreign beer shows the chef has access to importers.

If you only see a fridge full of Snow beer, you can bet the food will be just as weak and disappointing. Heineken isn’t much better as it’s available everywhere in China. Newcastle or Corona means the owner/chef at least shops at Metro. Getting rarer, the presence of Acme or Brooklyn Brewery beers is a great sign as it means someone is in contact with the American Craft Brewers’ Association. More independently distributed beers, like the Italian Birra Moretti or something native to the restaurant’s cuisine, are an even better indication of quality and attention to detail.

It's out on a limb

Like most businesses of a certain kind in China, foreign eateries tend to clump together, typically in places that foreigners, who also clump together, live and work. This is not to say that you should only go to expat bubbles for foreign food in China, but a lone pizza place in a sea of hotpot is probably aimed at Chinese clientele.

Thousand Island on everything

A popular topping on Chinese salads of all variety, Thousand Island is now firmly out of favor in Europe and America. Any restaurant serving up a decent Western-style salad should have a vinaigrette (that isn’t packed with sugar). Similarly, if you order a fruit salad and it comes with cherry tomatoes, you’re not at an authentic Western joint.

When trying out foreign restaurants in China, expectation is everything. Some expats used to fine dining abroad set the bar too high, and find fault in even the smallest transgressions. Others set their expectations too low and accept whatever they’re given, conceding, “That’s China.”

In my opinion, the best way to ensure your expectations are met is to figure out what style of Western food the restaurant in question is offering. A great number of “Western” restaurants are aimed at Chinese customers and are mistakenly considered “bad” by foreigners. They’re not bad, just different.

The really bad Western restaurants are those that target Chinese customers who don’t even know Chinese-style foreign food. Their menus are large and cluttered, the service is spotty, and the décor is awkward and often cheesy. Whether catering to Chinese or foreign clientele, the best restaurants of all variety have a clear vision, a limited number of dishes and some experience in the cuisine they’re serving. If you can’t say in one sentence what kind of restaurant you’re sitting in, you’re probably not going to be ordering dessert.

The first and most obvious sign would be somewhere that LOOKS like a Western restaurant but is clearly a knock-off. Remember OFC with Obama's face instead of Colonel Sanders?

How to avoid "Bad" western food in China? Don't go to a 'Western' restaurant, then you won't be disappointed. I was 'treated' by local friends once that had a buffet. The food was passable. in the dessert section with a selection of fresh fruit. A friend, thinking they were being helpful offered to get a selection of fruit for me, and asked if i wanted cream - (I did). They arrived back and i tucked in, only to find they had put "salad cream" on the fruit, not dairy cream.