I’ve lost count of the number of times I’ve been asked whether I think it’s harder to learn Chinese or English. Although I had a pretty decent leg-up with English on account of it being my native language, I can categorically and without doubt tell you it’s Chinese. But what exactly is it that makes it so hard for us laowai to get our heads around Mandarin? Let’s take a look at the major hurdles for foreigners learning Chinese. 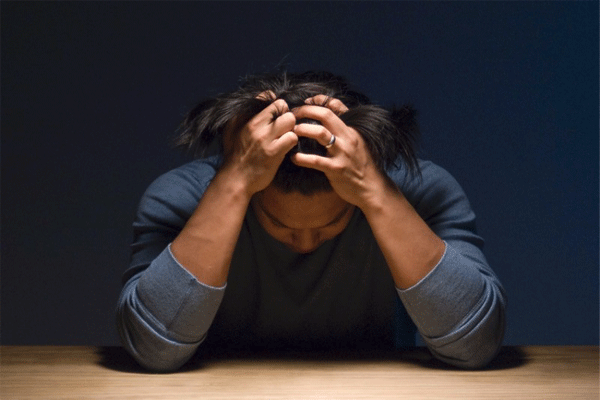 Even the Romanization method is counterintuitive

You’ll almost definitely learn a romanized version of Mandarin, usually pinyun, when you first start on your Chinese journey. Even this is not that easy, however. You basically have to unlearn many things you know about how to read and get your head around some counterintuitive spellings and pronunciations. Mastering pinyun is a walk in the park compared to learning Chinese characters though. Which leads me neatly into…

The writing system is insane

The beauty of the Chinese script is indisputable, but those intricate little pictures are the bugbear of learners everywhere. There’s a HUGE number of characters to learn before you can claim to be even remotely literate. Many are also seemingly random, which makes them super easy to forget unless you practice, day-in, day-out. If there’s no obvious semantic clue in the radical and no helpful phonetic component, you simply have to rely on memory alone. Now you know why education in China is so intense.

So why are there so many characters? Essentially, because each character is a word in itself rather than a letter in an alphabet. English is easier because learners only need to write 26 letters, which are combined to form words from left to right with spaces to indicate word boundaries. Although there are recurring components that make up characters, Chinese has nothing that corresponds to an alphabet. Why they don’t just use pinyun and make it easy for us all is anyone’s guess… but maybe that’s the point.

Classical Chinese is even worse

While modern Mandarin is perversely hard, classical Chinese is deliberately impossible. Students serious about understanding ancient Chinese culture will find a knowledge of classical, AKA literary, Chinese helps. In essence, classical Chinese consists of several centuries of esoteric anecdotes and in-jokes that are written in a kind of terse code that was only ever understood by intellectually-inbred bookworms. But don’t let that put you off!

Tonal languages are weird for foreigners

Besides the characters, the tones are one aspect of Chinese that Westerners are notoriously bad at. As non-native speakers, we are charged with memorizing which of four tones goes with every single word we learn. As with characters, there’s no easy way to remember the tones so it’s simply an exercise in brain power. Foreigners also struggle when they really start to use Chinese to express themselves. The intonation and stress habits that are ingrained from English can completely change the meaning of a word or sentence. The exact same word can have a totally different (and even opposite) meaning if it is pronounced with the wrong tone.

Although China has had fairly extensive contact with the West since the time of Marco Polo and we have a surprising amount of turns of phrase  in common, there is still a vast sea of knowledge and ideas that is not shared by both cultures. Many concepts — such as volume, numbers, functions of the organs, you name it — are described in different ways, and when Westerners and Chinese talk together, there is often a cultural as well as a language barrier. You may find your jokes don’t land or you value different things as worth talking about. For example, most Westerners ask, “How are you?” on meeting just about anyone. Most Chinese people ask, “Have you eaten yet?” and would only ask how someone is if they are close and want an honest answer.

While attempting to learn Chinese is undoubtedly one of the hardest things I’ve ever done, I also know many foreigners who have achieved fluency, albeit after around 10 years of living in China. Learning Mandarin is tough going, but it’s worth it if you live here, even if you just manage a few key phrases and the numbers.

Got any tips (or grumbles) about learning Chinese? Leave them in the comments box below.

Blessings to everyone. My review here is to inform you all about using spells to win liege sums of money in your sports bets and lottery games. I've been reluctant about spells because everything seems too good to be true until I was referred to Dr Amber by an ex co-worker of mine he helped to win the lottery. I was amazed about it and I took the risk because I've been playing sports bets for more than 15 years without winning huge sums. I told Dr Amber I needed to win my sports betting and he accepted my request and prepared a spell for me and also directed me on how to place my bets on my next game. I did as he said and after the game was played, I checked my ticket to see if I was able to win any of the games I played and I saw that I won all my sports bets to receive the sum of 65,000,000 Million Pounds. Now, I've verified that Dr Amber is a gifted and great man with genuine powers. He's reachable on WA +12096910783 or phone +13183065044 or email: amberlottotemple@yahoo.com